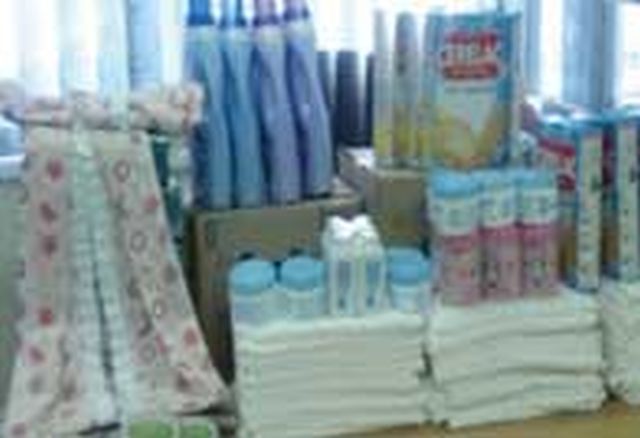 CBZ Holdings has a strong culture of staff volunteering, with staff members contributing many hours in their respective communities as well as providing resources to assist the needy. Our geographical spread has enabled us to reach many communities around Zimbabwe. Various branches and head office departments engaged different communities around the country and provided financial and material support for the institutions. Below are some of these staff volunteering activities undertaken during 2014.

Donation to The Mutasa Family

On 16 July 2014, CBZ Bank, Finance Division, donated goods to the Mutasa family as part of their corporate social responsibility initiative. The Mutasa family was blessed with quadruplets.

Below are clothing and grocery items that were bought for the Mutasa family.

Bins were donated to Mvurwi town council as a proactive way of keeping the town clean during the tobacco selling season.

CBZH – Head, Staff Training and Development, Mr Chikwiri, training / equipping mothers at Fairfield Children’s Home with social skills, cognitive development skills as well as child care skills to practically apply them in their day to day lives as they interact with children at the orphanage.

CBZ Holdings donated towards the extension of the boys’ wing at Danai Children’s Home. The home takes care of abandoned children who are handed over to them by Social Welfare.

The relationship between Jairos Jiri, Waterfalls and CBZ Holdings dates back to 2005 when CBZ Bank donated a big consignment of blankets and food to the Centre, this was followed by a donation of a maputi gun making machine which went a long way in generating income for the Centre. From 2013, the centre embarked on a chicken project using the annual donation ($12,000).

Imba Children’s Home is located in Chitungwiza and started operations in 2007. It was registered as a trust operating a Children’s home in 2012. CBZ Holdings chipped in to support the home by furnishing their newly constructed house with furniture and accessories for their administration block.

Ruvimbo Special School is a school for the mentally challenged situated next to Harare Hospital in Southerton, Harare. On 24 November 2014, CBZ Bank, Southerton Branch staff volunteered contributions in cash which was utilized to purchase groceries.